Alozaina’s architecture is normally Andalusian and fashioned by the typical white houses decorated with flowers. These white houses are something that makes this area different. These houses creates a great look of this place.

There is archaeological indication of existence of a village in the region during the upper Palaeolithic and the Bronze Age, plus remains of the tombs and the vessels from the Iberians or Phoenicians.

There have been found roman urban remains with family settlements, they probably offered assistance to the travellers on their route to Cartima (Malaca) or to Acinipo (Ronda).

The municipality was named with the arrival of the Muslims (the name Alozaina comes from the Arabic word Alhosaina which means ‘little castle’) that made it grow thanks to the introduction of agriculture, until the arrival of the Christian army that burnt and plundered Alozaina, leaving it absolutely abandoned until the municipality was repopulated with people who came down from the north of Spain, to whom they handed lands and goods, creating the new village of Alozaina. 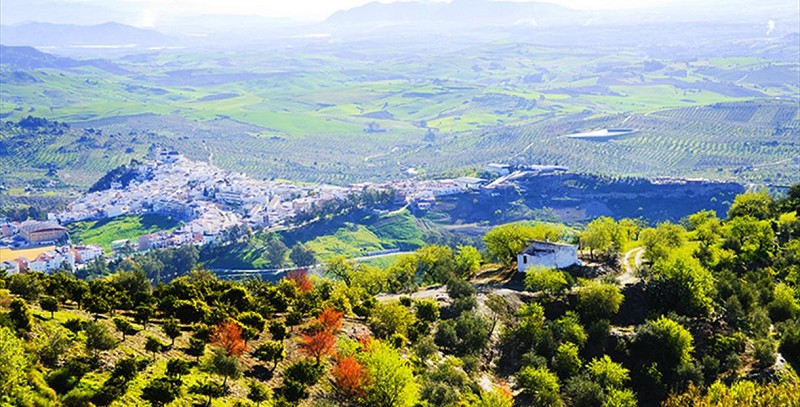 Throughout the sixteenth century there was a Moorish rebellion and they attacked by surprise with over 3 thousand men, and to defend Alozaina the women assumed the defending role wearing men’s clothing and hats to make themselves visible and seem more defensive.

They managed to hold them back until reinforcements arrived; it’s worth mentioning the name of Maria Sagredo, rewarded by Felipe II, who after seeing her father falling in battle, occupied his throne and defended the tower that carries her name.

In the nineteenth century, Alozaina found itself growing considerably with almost 4 thousands inhabitants and became an independent municipality on the 12 April 1942.

Every place has some special spots that are the must to visit one. If you visit Alozaina, you must not leave without visiting the following places or monuments:

These are the spots that are visited by all of the people who travel to the Alozaina. If you want to make your trip a good one, then these spots will surely do the work.

How to get to Alozaina

The journey by the car should not take more than an hour; you must take the road towards the Cartama Station, from the Pizarra head towards the Casarabonela that is located right next to Alozaina. One more way to reach there is through Alhaurin el Grande, passing by Tolox and Coin.

We recommend renting a car at our car rental Malaga if you wish to visit Alozaina on any of the above-mentioned routes.

The above mentioned things explain the history, tourist attractions and way to get to the Alozaina. You now have nothing in your mind related to these questions that we have answered above.