Malaga Old Town: What to see? 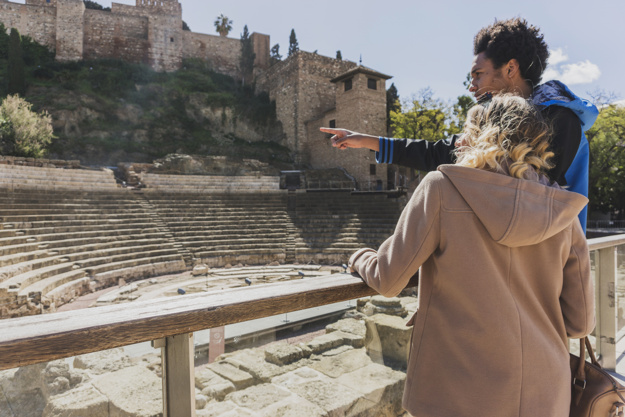 Malaga Old Town: What to see?

The historic centre of Malaga offers an incredible tour of some of the most important attractions of the whole province, which are not few, and not only that but each one deserves at least a couple of hours to really enjoy it, so I recommend you to take your time to enjoy it and see it all in depth.

Here are some of these attractions that you should visit if you are in Malaga City.

With more than 2000 years old, the Alcazaba of Malaga is one of the greatest symbols of the city and an essential stop on your visit to the old town.
You can walk around its precincts for about 2 hours and observe this majestic brick and stone construction, which combines the defensive needs of its function as a fortress as well as a royal living space, with palatial gardens and exquisitely decorated interiors.
You will be fascinated by the views from the Alcazaba to the rest of Malaga’s old town and the rest of the city, from where you can plan where else you want to visit in the city.
At the foot of the Alcazaba you will find the ancient marble ruins of the Roman Theatre, the main remnant of ancient Roman Malaca, a reminder of the early glory years of the Empire. The archaeological site also has a small museum, where you can find information about the findings of the theatre and the area.

As a curiosity, the silhouette of the figure of the Alcazaba forms the Coat of Arms of Malaga next to the Castle of Gibralfaro.

The architectural and urban value of this area of the city is unquestionable as a harmonious and consolidated ensemble, with its buildings and elegant aesthetics standing out.

From its origins, Calle Larios has had a mixed use, with both vehicular and pedestrian traffic, until its remodelling in 2003 when it became totally pedestrianised.

As well as being an important shopping street, among the first in Spain, together with the Plaza Constitución it forms an urban space that is the centre of important events in Malaga.
A place where you can lose yourself among the different tapas bars and restaurants with excellent food.
At Christmas time, the famous Christmas lights illuminate the whole street in the shape of a dome.

If you like shopping and looking for typical local products, the Atarazanas Market is the perfect place to hang out.
There you can find a huge variety of the freshest products, freshly caught fish, fruit and vegetables, meats, local nuts and dried fruits, etc.

A simple glance outside, makes us realise its structure with Moorish influence and this market was built in 1879 and built on an old Nasrid shipyard, the market would retain the marble door of the Arab naval workshop, you can see its decorated arches, and also in its name of Nasrid origin, Atarazanas, which literally means “shipyard”.

Undoubtedly one of the most historic places in Malaga, the famous square suffered a fire during the anti-clerical protests during the second republic and in which fire the Church of Nuestra Señora de la Merced disappeared.

Right next to it is Pablo Picasso’s house and a sculpture of the painter. It is said that it was in this square where he spent most of his childhood.
You can also find the Torrijos obelisk, which pays homage to this general who was shot dead along with 48 companions on the beach of San Andrés.

Also called the Santa Iglesia Catedral Basílica de la Encarnación, this Renaissance jewel with its mixture of different architectural styles is one of the greatest treasures of the historic centre of Málaga. 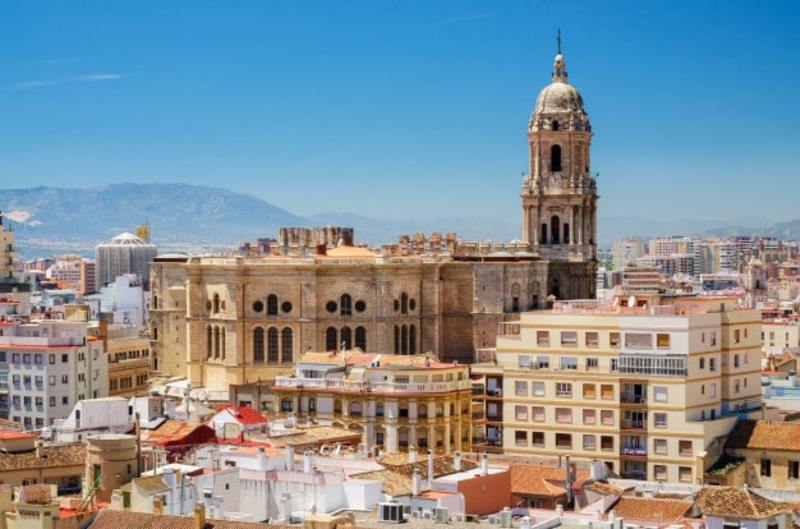 It was built from an important Mosque and throughout its more than 300 years of history it has undergone several remodellings.
Located on the Plaza del Obispo where you can also enjoy numerous bars and restaurants, the Cathedral of Malaga offers a unique charm for lovers of architecture and a place of pilgrimage for Christian believers.