Streets and squares in Marbella

Streets and squares in Marbella

If you go there you felt that there would be orange blossom and smell of aroma filled in air. This beautiful scene attract the passengers by their sides. Who looks around and unhurried observes the tinged wall whitewashed here and have multi colored scheme with geraniums and flowers whilst sensation under your foot. , the cobblestone- stones of the thin calm streets.

The silent process of fizzy of one of the many cascades can be heard close. It is some kind of magic. So it was exposed The Old Town and is relishing it to the filled.

The Plaza de los Naranjos, Orange Square, so titled for the orange trees, its center. The surrounding streets take us back to the ages. 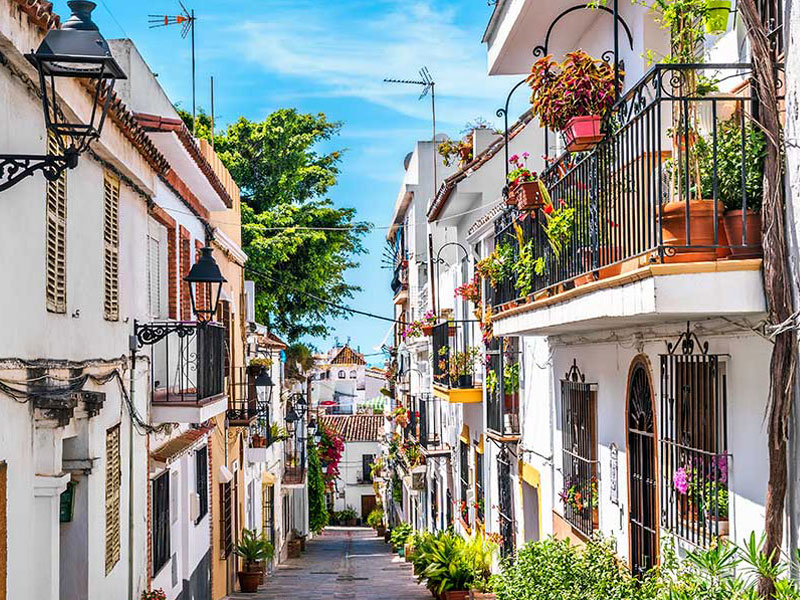 The streets Pasaje De los Caballeros, Cruz, Panadería, (which means “Streets of the Knights” and down which the knights of the Catholic Kings strolled after recapturing the city from the Moors), Ortiz del Molinillo and Remedios, Virgen de los Dolores are just some of those filled with plants and flowers draping the walls.

San Lázaro with is numerous bars and taverns, Valdés with its shops, Buitrago and Pantaleon, picturesque and narrow, flank the Africa square, with its 18th century street lamp proudly standing in its centre. 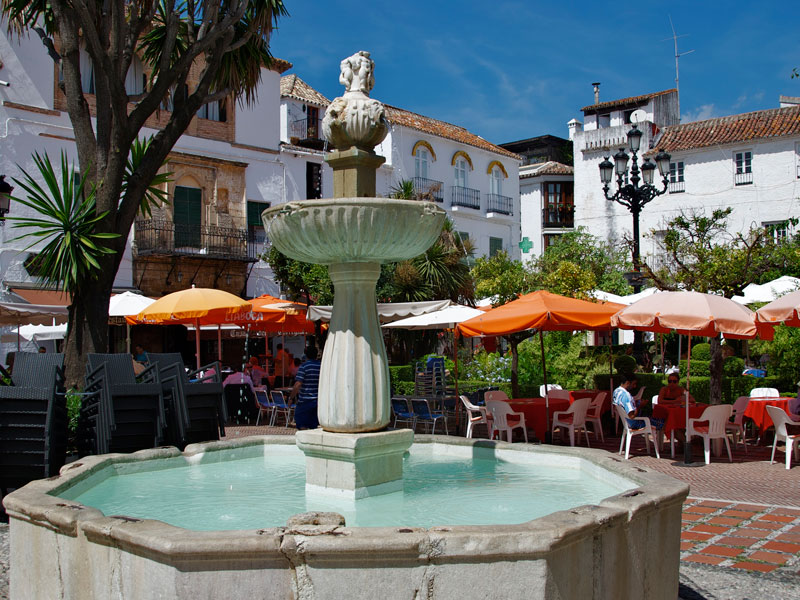 Many are the streets full of history for example the majestic Plaza de La Iglesia – Church Square – Portada, Trinidad and Salinas streets that boundary the old Moorish castle wall. Apartada, Pelleja, Viento Hospital Bazán, Mendoza streets and Plaza de Altamiro- a square to rest in the labyrinth of little streets- forming part of the old Moorish quarters which extend down Muro street, Soledad, Misericordia, Caridad and Alderete, which marks the boundary of the old city.

From the delightful little square Plaza de Manuel Cantos, we can go down Tetuán street until Enrique del Catillo, once one of the southern entrances to the old town centre. Further up we can find José Palomo square, situated on the site of one of the three gates to the city, these being Puerta del Mar, Puerta de Málaga and Puerta de Ronda – The sea gate, Ronda gate and Málaga gate -.

Moving on from this little square, either down Fortaleza or Alameda streets we come to Pedraza leading us in turn to the peaceful Victoria Square, with its fountain decorated with little frogs which have inspired an enchanting tale in their day. 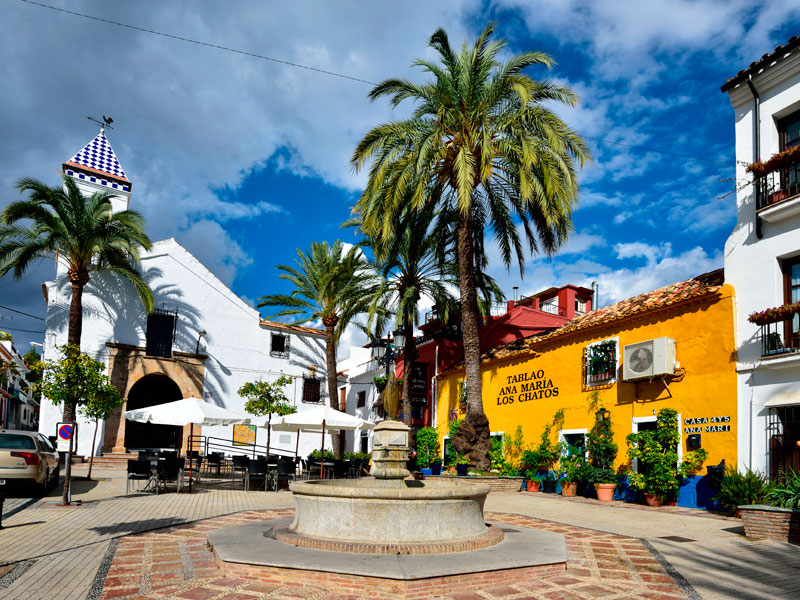 After crossing Castillejos street – The West entrance to the old town – Huerta Chica street leads us up to Peral street, with its many little shops and bars, till you come to Puente De Ronda square and from here on to calle Ancha – The Broad Street- to the neighbourhood of San Francisco, first growth of the Marbella to the North, also called Barrio Alto the High quarters).

This part is not so well known, but is still full of the simple wonders of whitewashed walls decorated with colourful flowers. Walk along the long Aduar street or try the tranquillity of the Montenebros, Princesa, Rafina, Príncipe and Santo Cristo square, which harbours the church of the same name, one of the oldest buildings of Marbella.

I hope you have used this post to know a little more Málaga, share this article to help other people enjoy a better stay!